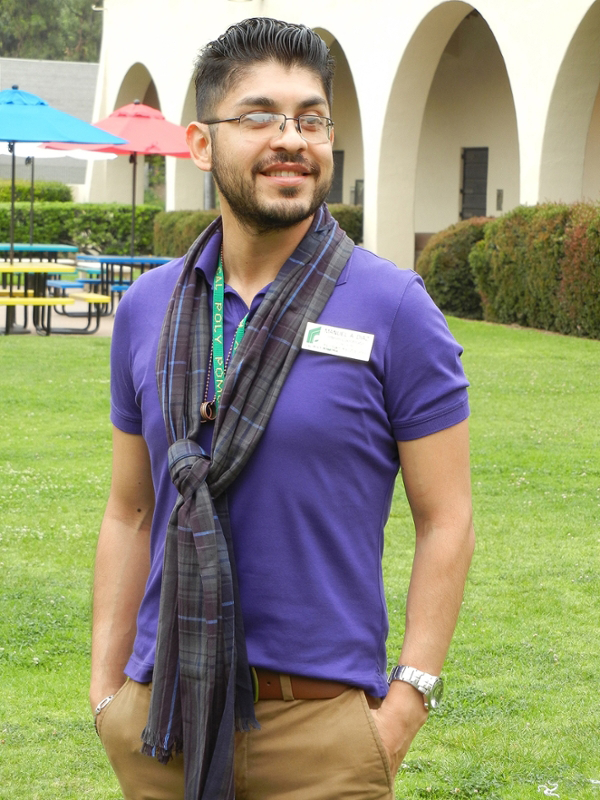 The search for a director was reopened in July 2017 after Jonathan Higgins, who had been selected as the new director in June, was fired the day after controversial tweets about white people, straight people, and the police were discovered by conservative media.

Pomona College Dean of Students Miriam Feldblum denied any connection between the revelations about Higgins’ tweets and his firing in an email to Pomona students.

Between Higgins’ firing and the recent decision, Diaz served as interim director.

Despite the national pool that the search committee assembled, their final decision remained local. Pomona Associate Dean M. Ricardo Townes, the head of the search committee, said “consensus was overwhelming” to promote Diaz from interim director to director.

Diaz’s promotion was a relief to many QRC staff members who were tired of all the turnover.

“There have been so many changes, it’s made it hard for the QRC to be as effective as it could,” Elise Kuechle PO ’21 said.

Kuechle described Diaz as experienced, supportive, and welcoming. She said he already seemed well-established by October, with good goals and a strong vision.

“I had worked with [Diaz and Crozier] before and they made a really good team,” Kuechle said. “I thought they would be able to make change faster than somebody new.”

Though Townes was not involved in the previous search that resulted in Higgins’ selection, he acknowledged several critiques that search received and strove to avoid those issues this time.

One such critique was that the search seemed Pomona-centric, even though the QRC serves all 7Cs.

“I wasn’t going to repeat that,” Townes said. “I wanted people to see it like it was … a 7C search.”

To achieve this goal, the committee incorporated voices from every campus, including students and staff, Townes said. It also carefully worded the announcement for the director to make it clear it was a 7C position.

Another critique of the previous search was that it involved insufficient communication with students. To avoid that issue this time, the committee held listening and Q&A sessions with students.

Townes told TSL last September that he hoped the director position would be filled by Thanksgiving. However, it took additional time and effort to assemble a strong pool of candidates, even with the help of a search firm, he said.

Diaz, while studying at Claremont Graduate University, first became familiar with the QRC under former director Adriana di Bartolo and assistant director Al Forbes. After Higgins was fired, Forbes asked Diaz if he would serve as interim director, and he officially joined the QRC staff.

As director, Diaz plans to make the QRC more of a presence on all the campuses. So far, he has worked to forge relationships between the QRC and LGBTQIA+ groups across the 7Cs and scheduled lunchtime office hours at every dining hall. He also plans to hold events on each of the campuses.

Diaz’s other goals include holding four ally training sessions this semester, building a relationship with ASPC, making the QRC more welcoming through drop-in hours, an “open-door policy,” and providing a space for different LGBTQIA+ communities to meet.

“I would love to have this center become nationally recognized as one of the premier LGBT centers for students in the country,” he said.

Crozier, who worked previously at the QRC in the temporary position of student support manager, was appointed the new assistant director.

“I want to see an increase of students really making the most of this space, because this space belongs to students,” she said.

She also plans to hold engaging educational events across the campuses to create an inclusive 7C LGBTQIA+ community.

“I want us to be part of the bridge that creates that,” Crozier said.

Students have been following the QRC director saga closely.

Gabe Abdellatif PO ’21 became interested in the QRC after Higgins’s firing. “I think they made a good choice considering the fallout from that,” he said.

Lillian Perlmutter SC ’21 said the QRC could do a better job of publicizing its events, and said she has broader concerns about the QRC as an institution.